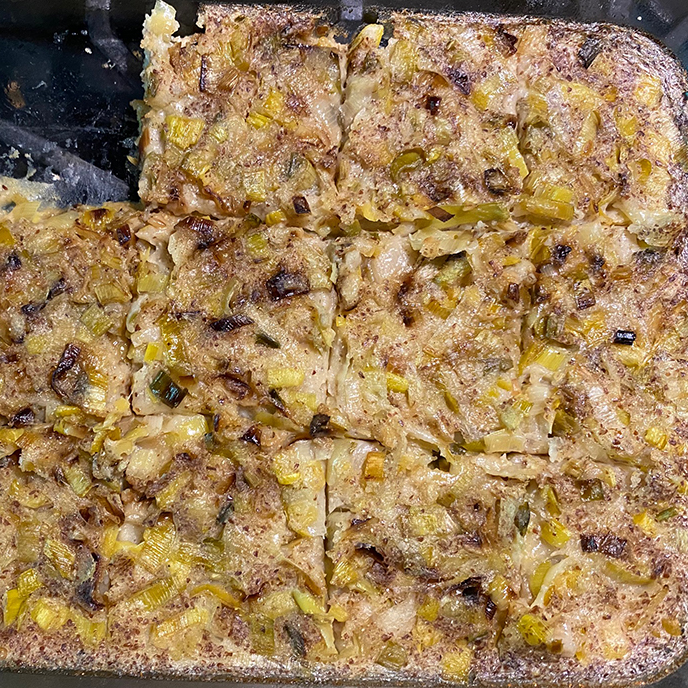 With oil and salt to taste, sauté the leeks and scallions until soft. Turn off the heat and make the batter.

In a bowl, mix 440ml of water with the flour and flax egg to create a thin batter.

Coat a large baking tray with oil. Pour ¾ of the batter in. Add the leek mixture. Stir to distribute evenly.

Pour the other 220ml of water into the remaining batter. Stir. Pour this thinner batter mixture on top.

Place the lakror in the bottom of the oven at 350 for 30 minutes.

After 30 minutes, move the lakror up to the middle of the oven and bake for another 15 minutes. Remove from the oven when golden brown.

Enjoy with a spinach salad and thank your Albanian for being such a gorgeous babe.

This recipe is inspired by a folktale from a 12 year old in Elbasan, published in 1932.

Once there was an old married couple with no children. One day, when the old man was about to go to the field to work, he said to his wife, “Wife, do you see that pumpkin? Take it and make a lakror.” His wife said, “ok.”

After her husband left, she took and rolled out the pastry and took and cut up the pumpkin. When she cut the pumpkin, however, a mouse came out, whom she took made her son. She said, “Son, take your father’s meal to him.” The mouse replied, “ok, mom.” A while later, the mouse asked his mom, “Did you make the lakror?” She said, “I have, son.” The mouse loaded the donkey with a water pot, put the lakror on the saddle, entered the donkey’s ear hole, and set off for the field.

Along the way, when approaching the field, the mouse said to his father, “Hay dad! Should I hit the middle or the edge?” His father said, “The middle, my son,” and the mouse ate the middle of the lakror.

When the mouse finished the middle, he said to his father again, “Hay dad, should I go to the edge or the middle?” His father said, “To the edge, my son, to the edge.” The mouse ate the edge of the lakror until it was all gone.

When the mouse came to his father, the father asked, “Where’s the food?” The mouse replied, “I ate it.” His father said, “How could you eat it without me? The mouse replied, “Daddy, don’t talk like that! You told me yourself, ‘go to the middle,’ and I ate the middle of the lakror. You told me, ‘go to the edge,’ and I ate the edge of the lakror. And so it was all finished.”

This site uses Akismet to reduce spam. Learn how your comment data is processed. 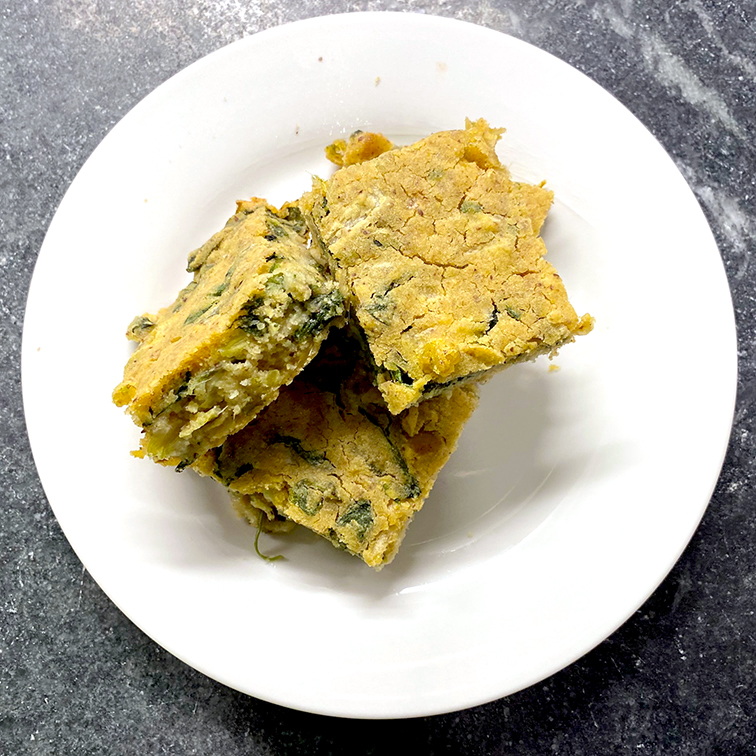 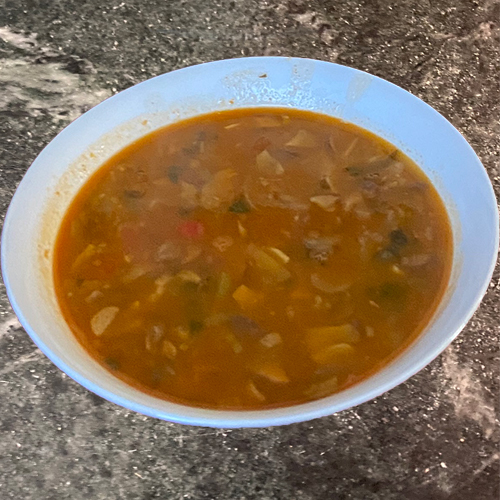